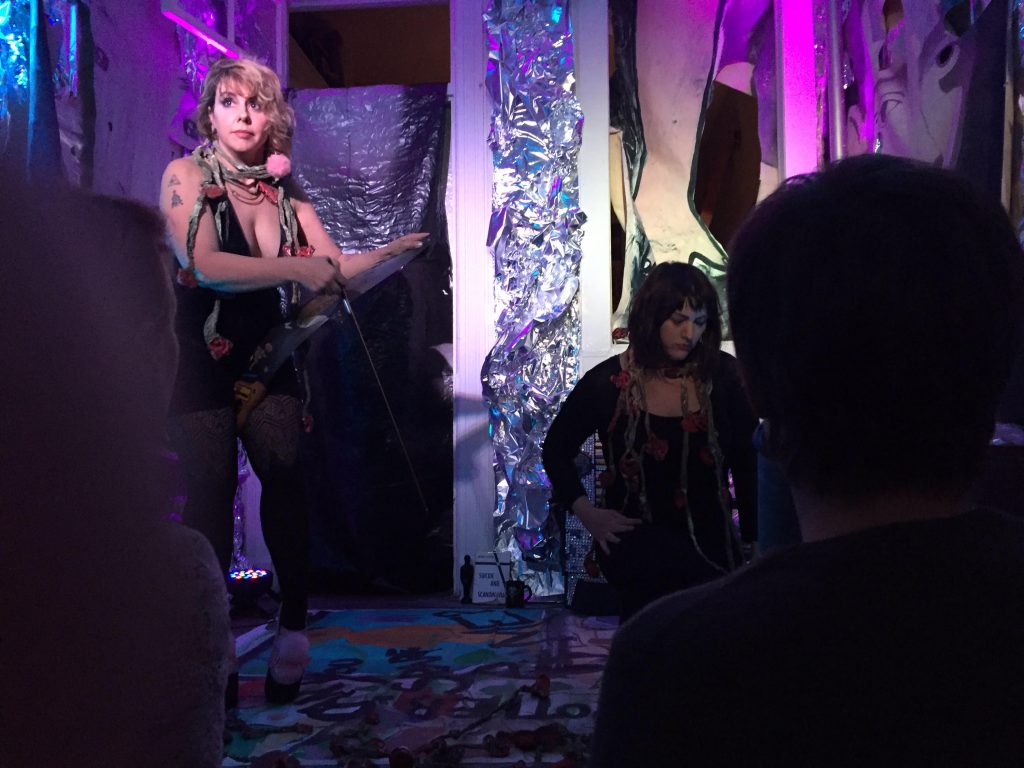 Curated by Nate Heiges, Interiors is an ongoing series of exhibitions, each of which features the work of a single artist in their own home. For this event on December 12, 2017 I performed a cabaret including songs from Commuter Album (2014-2015), an album made in my car as I commuted to and from Brooklyn while working full-time in Connecticut for a 9-month period. The liminal space between work and home became a bracketed time carved-out to improvise and freely explore a range of themes including artistic pursuit, labor, and ennui.

Joined by special guest Julie Lamendola (Julie Lablahblah, Nature Theater of Oklahoma, Ching Chong Song), with lighting and sound design by Lettice, the performance featured songs such as Promote Me, Whitestone Bridge, and Small World, Isn’t It, among others.